View source
Welcome to the Rejection - The Fight for Unity Wiki!

Rejection - The Fight for Unity is a total conversion mod for the excellent Starsector by Fractal Softworks.
Set during a not so distant future, humanity once again is at war with itself.
It is up to the player to join one of the three warring factions, or follow their own rules not joining anyone.

If the player wants to they can be at war with all of them, becoming a vicious space pirate, raiding convoys or attack fleets, selling off their
crews as slaves. Likewise they can become a shining beacon for one of the factions, leading the faction fleets to
victory and earning their place in history.

No problem, head right over HERE and you will be able to support this great indie game. 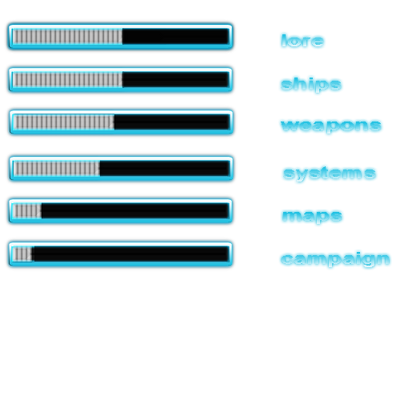 Lore: most of the universe has been worked out.

Ships: nearly half of all ships have been implemented

Weapons: many weapons have been implemented and only some are still in development.

Systems: some ship systems have been implemented, most are still in development.

Maps: a few maps have been designed and are currently tested, most of the planned maps have not been touched yet.

Campaign: the overall concept has been established, most of the campaign is still in planning.

Q: When will the mod be released?
A: A public version will be released once the mod reached a level of completion that will satisfy players who want to enjoy
the mod instead of testing it for bugs and glitches. In other words once I think its ready for release.


Q: What is required to run the mod?
A: First and foremost a legal copy of Starsector and of course the mod files, they will come with a readme that should clear
up potential problems.


Q: Is it possible to play the mod before it is released to the public?
A: Yes, yes it is, if you are interested in performing testing you are free to contact Romeo_One at the Starsector forums.


Q: Are you actively looking for people to join the development team?
A: I am allways up for working with talented and motivated people.


Q: Once the mod has been released will there be updates and expansions?
A: At this point this question can`t be answered.


Q: Can I contribute to the wiki?
A: Of course, cleaning up or making sure everything was written correctly is allways appreciated.


Q: I have an idea that would totally fit your mod, are you going to implement it?
A: That depends, I am open to suggestion.

Community content is available under CC-BY-SA unless otherwise noted.
Advertisement